Almost a week has passed after the severe Typhoon Morakot which brought Taiwan lots of rainfall and a terrible flood taking people's poverty, houses, lives and hopes. And during this whole week, I am just like many Taiwanese people, watching those who live in Southern Taiwan suffering from the lost and various damages there. Their tears, cries and hopeless faces are shocking my country and all people's hearts. However...
The 'so-called' president, Mr. Ma was claiming that: this is the first time to face such serious flood caused by a typhoon. And those who live in the mountains located in Southern Taiwan should get away immediately at that time when the flood was coming, but most of them were not do so that's why they are dead or still trapped there. (this is according to yesterday's interview to Mr. Ma by an ITN reporter from Britain.)
I couldn't help wondering: if the weather report was not reflecting how severe the rainfall is, if the water conservancy project can be worked out effectively... those poor people wouldn't live like this!!
Who should be responsible for the accuracy of all weather report?
Who should take FULL responsibility for a well water conservancy project?
Don't tell me the responsibility should belong to we people. If so, we do not need a president and a government AT ALL. And Mr. ma should shot his mouth and stay in his office, and no more visit to those damaged villages or counties to say those lousy and helpless words. 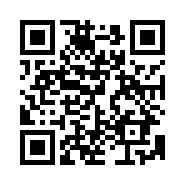